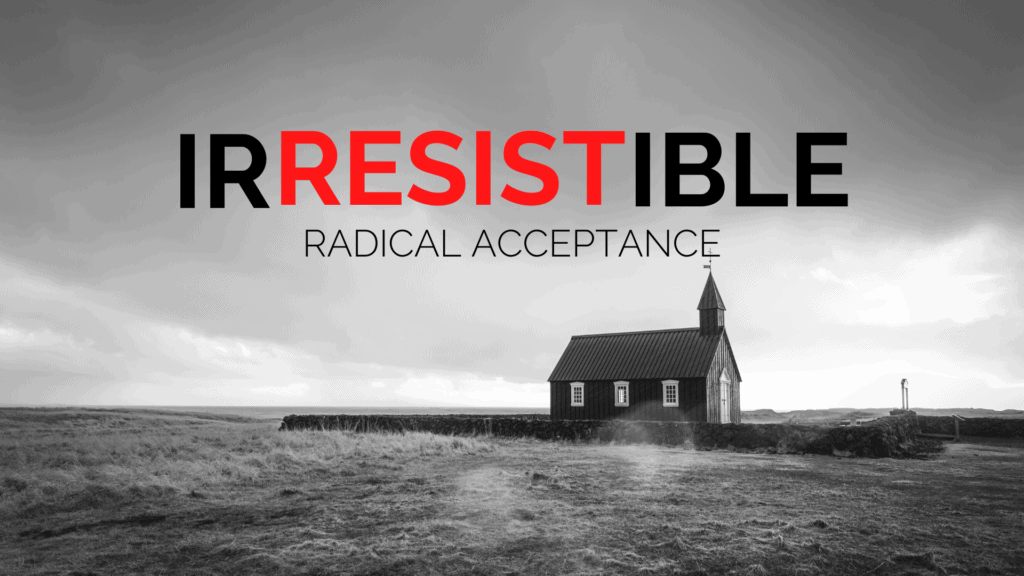 For me, it is good to have regular reminders of Jesus’s radical acceptance. I benefit from recurring challenges to check that my footsteps are fixed and following Jesus’s example. And isn’t in the account of the early church, we see the need for realignment spring up early and often.

For example, we see this call to radical acceptance back to back in Acts 9 & 10. It is a cornerstone of the beginning of both Paul and Peter’s ministry. And the beauty of these accounts is this: God leads his toddler church over and around the obstacle of exclusivity. What a sweet victory and an important model!

In our Sunday Morning Message this week, we were taken into a very intimate moment of radical acceptance — the interaction between Paul and Ananias. In Acts 9, Paul (whose name is actually still Saul, but for clarity sake we are going to call him Paul throughout this blog) has had a 180 degree experience on the Road to Damascus. Jesus had already ascended into heaven, but He stops Paul in his tracks with a heavenly light and his heavenly voice. This interaction struck Paul blind and he sat in his darkness for three days.

Now, Jesus could have miraculously restored Paul’s sight, just as he could have continued to speak with Paul himself during this interlude. But isn’t it interesting that Jesus chose another way — he chose to use another Jesus-follower to visit Paul, touch Paul, speak to Paul, restore Paul. And that disciple’s name was Ananias.

But Ananias put obedience to God ahead of any human rationale.

On that road, Paul’s initial encounter with Jesus was incredible, but it also must have been terrifying. It included statements like Saul [Paul], Saul [Paul], why do you persecute me? and I am Jesus, whom you are persecuting, . . . . Now get up and go into the city, and you will be told what you must do.

Called out, held accountable, debilitated by blindness, alone and waiting. I would not have handled that well. But then enter Ananias, who placed his hands on Paul and spoke the words: Brother Saul.

Can we just sit on those words for awhile? Brother. Ananias –the one who was afraid and questioned Jesus’s directions to visit Saul– obeyed Jesus. And he would go on to deliver the message Jesus told him to bring to Paul. But first he began with a very impactful word, Brother.

As saved followers of Jesus, we are called sons and daughters— terms of acceptance and affection that root in us the reality of our adoption by God. Likewise, we are often awed by the unbelievable truth of being called co-heirs with Christ. These new names and titles ground us, assure us, heal us, and more! Do we need anything more?

Maybe not. Or maybe yes. Because being recognized, accepted and welcomed by another follower of Jesus is important and impactful too. And this is what Ananias was doing when that first word came out of his mouth. Brother — it had to mean a lot to Paul.

Some churches still carry the tradition of calling each other “Brother” and “Sister”, but many don’t. Maybe it feels old-fashioned or forced to some. But whether we speak aloud those words or not, we need to make the effort to see and view the people gathering with us, sitting next to us, serving alongside of us as our Brothers and Sisters. Because that is what they are. That is what we are. That is how we should relate to each other.

In the very next chapter of Acts, we read about another heavenly voice, this time an angel, greasing the wheel yet again for another salvation and another inclusion. Cornelius was the recipient. He was a devout man who regularly prayed and gave to charity, but he was also a member of the Roman military–the same Roman military that hung Jesus on a cross.

It’s important to note even in these early days of the church, God moves to bring perceived enemies into the fold. It’s like he wanted to underline all of the statements that Jesus spoke about loving and praying for your enemy. He meant it!

Here in Acts 10, Cornelius sends for Peter, per the angel’s directions. Meanwhile, God had already been preparing Peter to embrace and live out radical acceptance. The result? By the end of this account, Cornelius and his whole household heard the gospel message, believed and were baptized. In addition, the important practice of radical acceptance sinks down even deeper into the hearts and habits of the early church.

Here is one of my favorite lines in this part of Acts. Paul & Ananias’s encounter is followed by Peter & Cornelius’s encounter and then we are told this:  they had no further objections and praised God. (Acts 11:18)

If Peter and Ananias needed to be retaught and reminded about God’s plan for inclusion, so do we. And so may it also be said of us that we have no further objections and that instead we praise God for all those he is bringing into the Body of Christ.