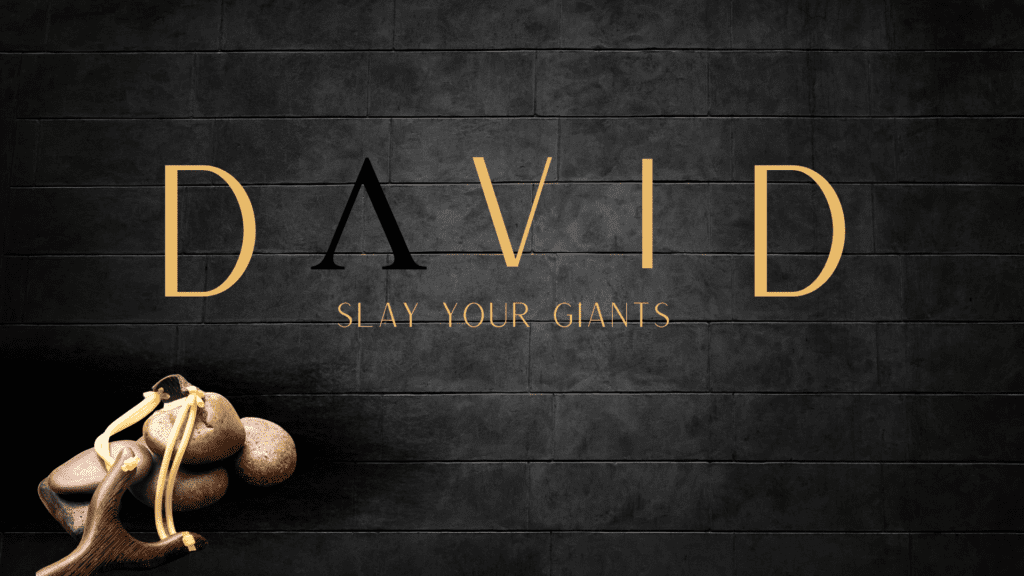 The saga of David as he waits to become king is riveting! The intrigue, the emotion, the drama, and the restraint, the waiting, and the trust.

Remember when King Saul stopped by a cave while pursuing David without realizing that David and his army were hiding further back in the cave. Remember when David and his reliable military leader crept into Saul’s tent under the cover of night while they were on their seemingly never-ending cat-and-mouse chase. Remember when David’s supporters murdered Saul’s son and supported heir to the throne, Ish-Bosheth, and then carried his head back to David.

Besides extreme drama, these accounts have something else in common — something very relatable. Each of these stories highlights the potential inﬂuence of the people who surround us. In each one, David had the voices of others encouraging him to act in what must have seemed like very practical, timely, opportunistic, rational ways.

First, when David and his men were in a cave that Saul had entered unprotected, it must have seemed like destiny, or better yet like God’s provision. So understandably David’s men encouraged him to take full advantage of this opportunity and kill Saul. In that moment, David had to decide whether to listen to that collective voice and act to secure the throne God had promised him.

Second, David and his men discovered where Saul’s army was camped in the wilderness. David and Abishai, his right-hand man, decided to sneak into the camp — all the way into the tent where Saul and his bodyguard were sleeping. And they made it! Again, this must have seemed providential. Abishai logically presented the view that God had delivered his enemy (Saul) into David’s hands. And Abishai even offered to kill Saul for him. Once again, David had to decide whether to accept Abishai’s oﬀer and secure the throne God had promised him.

Finally, two of David’s frustrated supporters decided to take matters into their own hands when David was still not given the throne after Saul and Jonathan’s deaths. While current kingly candidate Ish-Bosheth was napping, they cut oﬀ his head and presented it to David along with their rationale — that by their actions, David had been avenged for all that he had suﬀered. And the road was ﬁnally cleared for him to walk forward into the position of leadership he had been promised. Again, David quickly showed that he would not be swayed by their thoughts and actions.

By the way, notice the progression. In the ﬁrst account the men encouraged David to take matters into his own hands. In the second account Abishai oﬀered to act on David’s behalf. Then in the third account, the two men acted on their own and expected David to be pleased with their actions. The voices grew more presumptuous as the narrative went on.

Also, take note of the type of men who were giving counsel to David. The army that surrounded David, and who spoke out in the cave, is described this way in Scripture: men who were in distress or in debt or discontented. Maybe not the wisest and steadiest of counselors. Abishai was a great warrior and loyal to David. But he also lived a life of ﬁghting in battles and killing hundreds of men. And he would one day enact his own revenge on an enemy out of rage — the very thing he offered to help David with. Maybe not the most unbiased counselor. The beheaders Baanah and Rekab were leaders of raiding bands, opportunists who switched sides in this power struggle with ease and acted without command or consensus. Maybe not the most reliable counselors.

One of the biggest lessons here for us is this: Which voices do we listen to, and when do we listen to those voices? Wise counsel is often a gift from God — like the counsel Abigail gave David that saved him from a destructive decision. And Proverbs tells us: a wise man listens to advice; there is safety in an abundance of counselors; without counsel plans fail; and we should listen to advice and accept instruction (12:15, 11:14, 15:22, 19:20). But Proverbs also tells us that many are the plans in a person’s heart, but it is the purpose of the Lord that prevails (19:21).

We may be saved by godly and wise counsel, but we may also be led astray by hasty and opportunistic counsel from those who don’t understand what God may be doing in our lives. So, how do we know? We protect ourselves by amplifying God’s voice higher than any other voice, including our own. When God has called, promised, warned, provided, and instructed us on a certain path and toward a certain destination, we must choose His will, His way, and His timing over any other advice. And to do this well, we must 1) spend time with God, learning to discern His voice; 2) learn His will and way by spending time in His Word; and 3) learn about what His individual work in our own hearts and minds might be by noticing the presence of the Holy Spirit.

Jesus modeled this so well for us. When He was facing the biggest decision, challenge, and act of obedience in His life, He knew what to do. Sure, He valued the friendship of His disciples and asked them to stay near and pray. But Scripture tells us that He went a little further — in his literal walk into the Garden of Gethsemane as well as in his spiritual walk with His Father. He sought to be alone with God and to hear His voice. And in that
time and place of communion with God, He found the resolve to follow God’s way, God’s will, and God’s timing.

As silly as it might seem, consider what would have happened if Jesus listened to his disciples’ advice instead of seeking God. Imagine it for a minute. We know that they would have preferred that He stay with them. They wanted Him to defeat the Romans, maybe even more than defeat sin. They asked Him to spend time and eﬀort in granting them position and power. And if He had listened to their unwise, biased, unreliable, and unsteady counsel, it would have been disastrous.

Let’s learn from David and from Jesus. May we seek out and value godly counsel when it is needed. But may we also learn how to spend intentional time hearing from God alone. And in the process may our resolve grow stronger. So that we can continue to choose God’s way, will, and timing and see the amazing work He wants to accomplish in us and
through us.